Stills from a Sculptural Performance for Film. 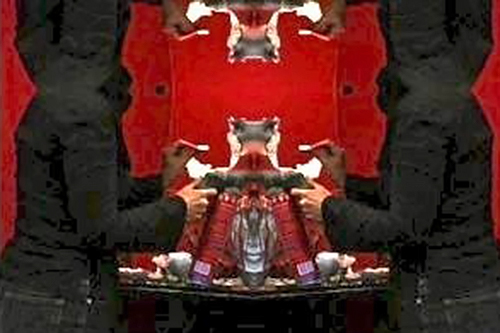 Funded by London Arts Board and Esmee Fairbairn Foundation.

Selected for exhibition by The Royal British Society of Sculptors for Politics Pays Back: Images of political life inthe UK and around the world, Kowalsky Gallery, London 2007-8.

Where Now (an eye for and eye and we’ve all blind) 2006 is a short surreal anti-war film and explores the idea that humans (are not aliens from another planet) but are the same, despite religious, ethnic, cultural and gender differences.